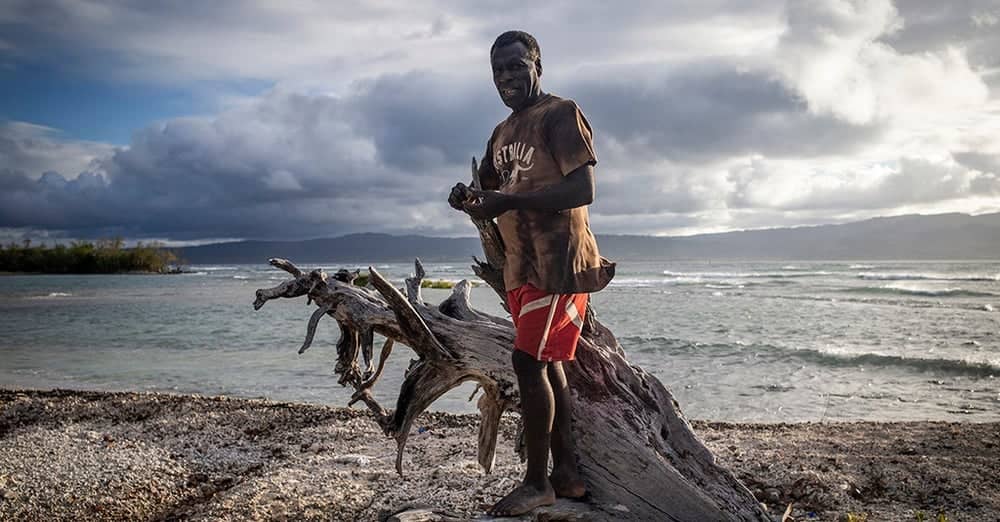 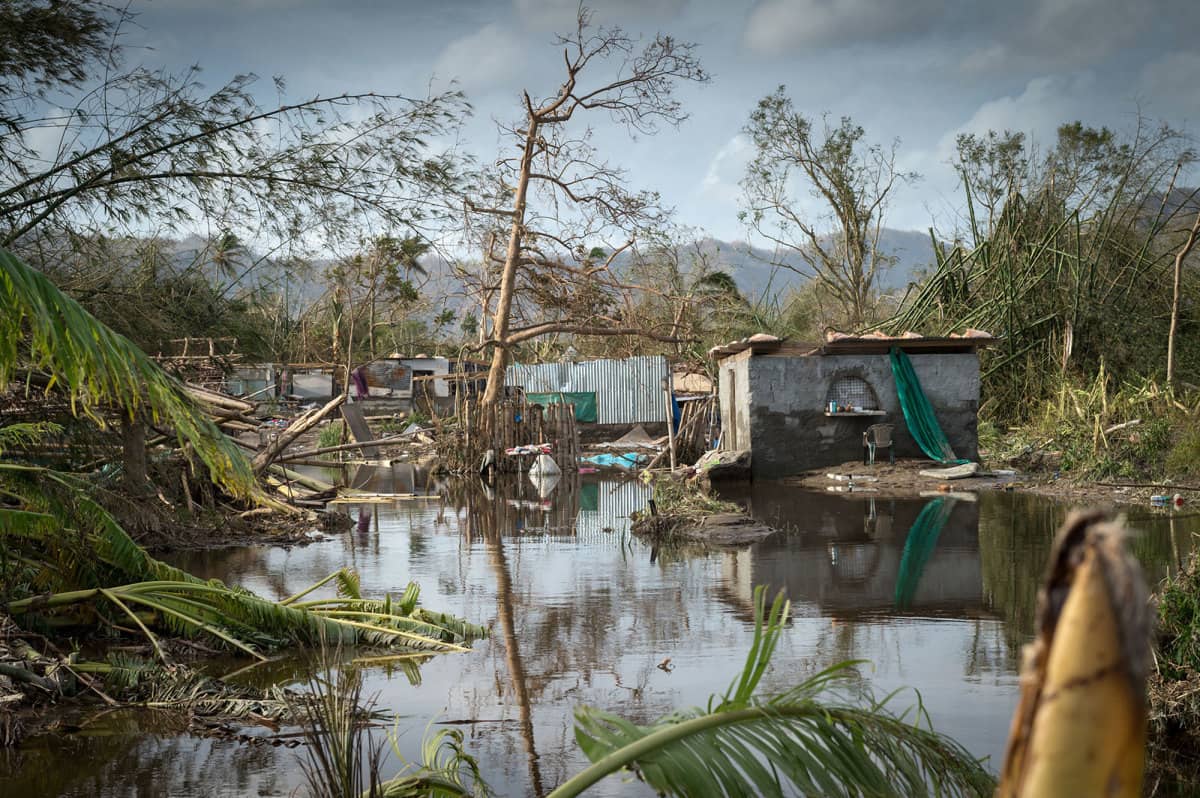 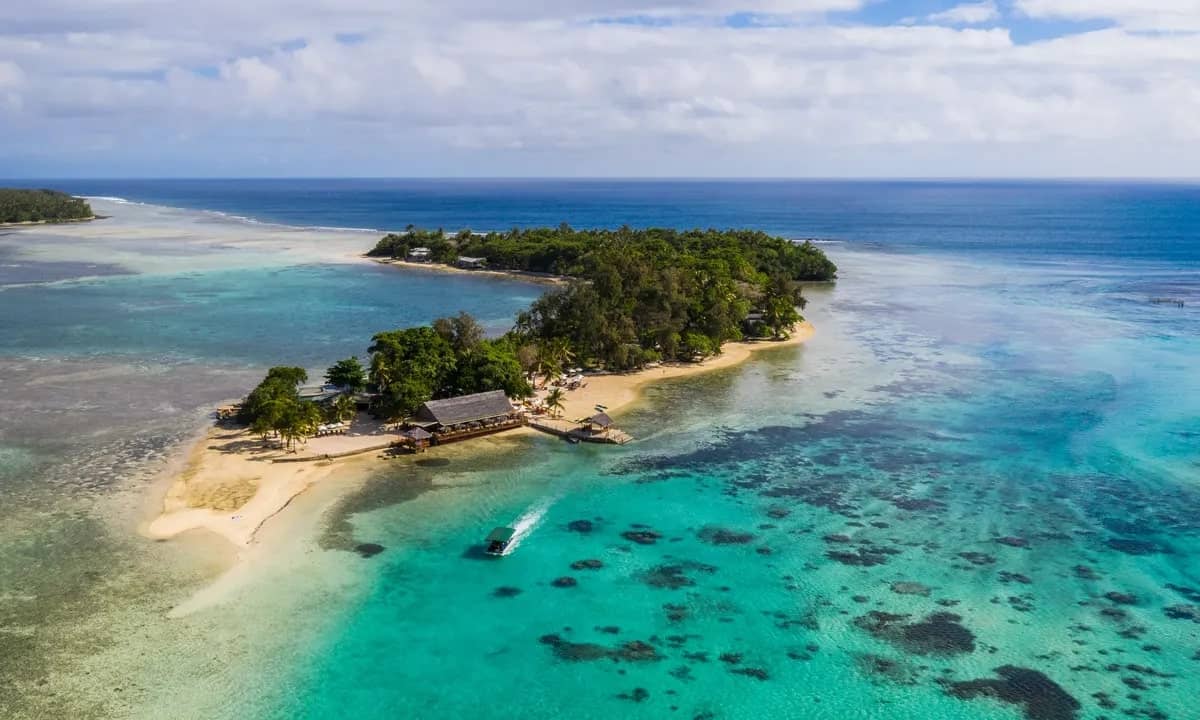 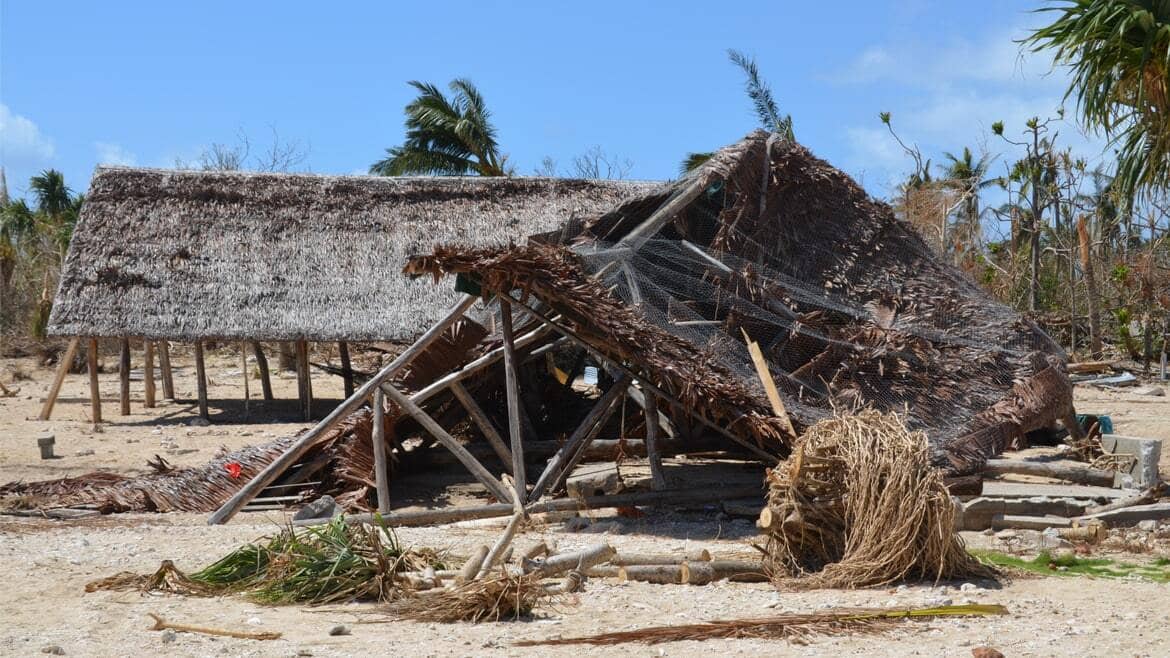 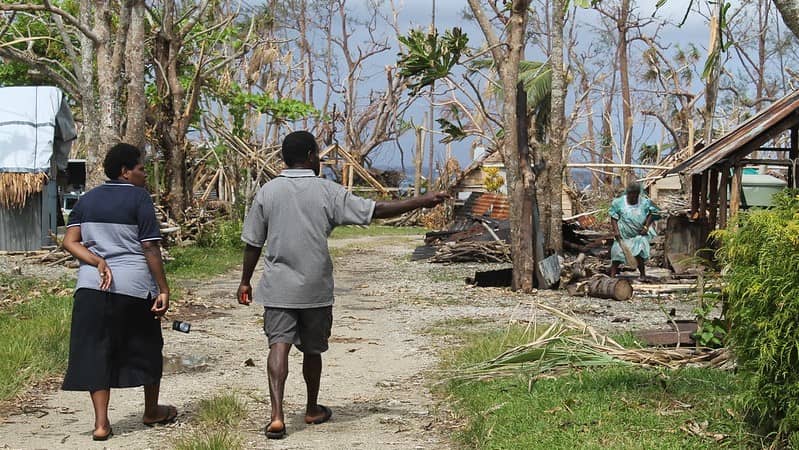 The Republic of Vanuatu is an island nation situated in the Melanesia region of Oceania. The country consists of over 80 individual islands in the Western Pacific Ocean.1 The economy of Vanuatu, like surrounding island states, is based predominantly on the service sector (67% of GDP value added), followed by agriculture (22%) and industry (11%).The large volcanic islands with its rugged terrain and tropical forest means that villages tend to be scattered and separated over large distances. Almost 80% of the population reside in rural areas.2 Vanuatu has a highly circular economy, relying on secondary or renewable materials and energy sources for 59% of the materials used for domestic consumption.3

Disasters resulting from natural hazards are a significant contributor to issues of social deprivation and impede economic development in Vanuatu, costing on average an estimated 6% of GDP every year. Vanuatu experiences high levels of climate-induced vulnerabilities, ranging from tropical cyclones to prolonged droughts, ocean acidification, sea level rise and extreme rainfall events. Despite this, the country has submitted one of the most ambitious Nationally Determined Contributions (NDC) in the world, committing to achieving 100% renewable energy in the electricity generation sector by 2030.

The climate in Vanuatu varies from wet tropical in the northern islands to dryer subtropical in the south of the archipelago. Due to the extreme conditions, the area is rich in biodiversity and has been designated a Key Biodiversity Area within the Eastern Melanesian Biodiversity Hotspot.4 The western side of Espiritu Santo Island is remote and inaccessible, with no roads, wharves or electricity grids, and minimal mobile phone network coverage. Situated on the rain-shadow side of the Santo Mountain Chain which is the highest in the country. The area is prone to extreme droughts, characterized by landslides, forest fires, and the drying up of rivers and streams. According to the Government’s Post Disaster Needs Assessment, cyclone Harold which is the first Category 5 tropical cyclone in 2020, resulted in more than US$500 million in loss and damage (L&D). Development aid provided to Vanuatu for response and recovery has been less than US$100 million.5 The cyclone damage to forests also allowed invasive species to expand, such as the big-leap rope (Merramia), mile-a minute vine, wild peanut, lantana, the Indian myna bird, rats, feral cats, and wild pigs. When a climate event affects habitat and environmental services, L&D experienced by those Indigenous communities increases.6

In general, West Coast Santo women and girls are more vulnerable due to lower levels of education, limited access to resources and economic options, differences in mobility, and entrenched patriarchal discrimination. Cyclone Harold demonstrated that even after the most careful planning and village adaptation investment, very little can withstand the ravages of a direct hit by a Category 5 storm. Particularly devastating was the L&D to the forest habitat, which provided short- and long-term resilience to Indigenous communities on Western Santo. It is calculated that Cyclone Harold caused an economic L&D to forest ecosystem services of 1.6 billion Vatu (US$14.2 million) using globally accepted forest valuation methodologies.7 Cyclone Harold caused an economic L&D to economically valuable crops worth 2.6 billion Vatu (US$5.3 million).Cyclone Harold caused an economic L&D to environmental materials for homes and water supply ecosystem services of 321 million Vatu (US$2.8 million).8

Direct cash assistance, which was piloted for the first time after Cyclone Harold, empowers agency for L&D at the family level, and enables recovery with dignity. Establishing Community Disaster and Climate Change Committees has been vital for addressing L&D. For those in Vanuatu, ecosystem services are the foundation of resilience. One of the most important lessons learned is that the offcial calculations of climate L&D are severely underestimated.

This case study has shown that in just one remote area, the costs of damaged and destroyed ecosystem services topped US$39 million, a fgure that has not been included in national inventories of building and road impacts.While not easy to calculate, environmental services are the lifeblood of Indigenous communities and quantifying their loss is an essential step towards acknowledging the scale of climate L&D.

Santiago Networks must have both a fnance and implementation arm to allow national governments, NGOs and even indigenous civil society to fnd action-oriented support to cope with L&D.