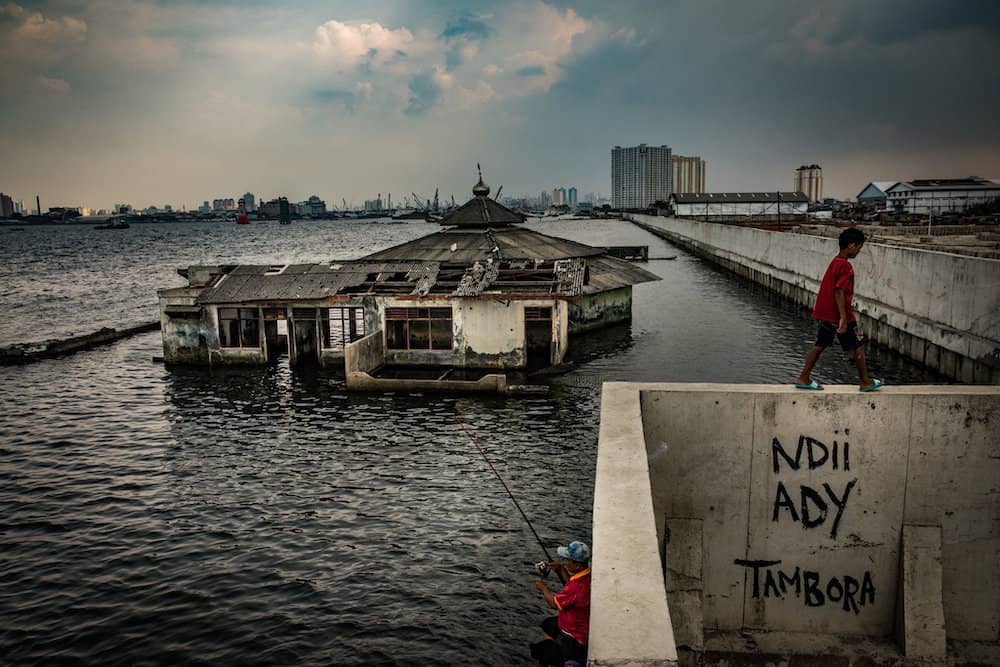 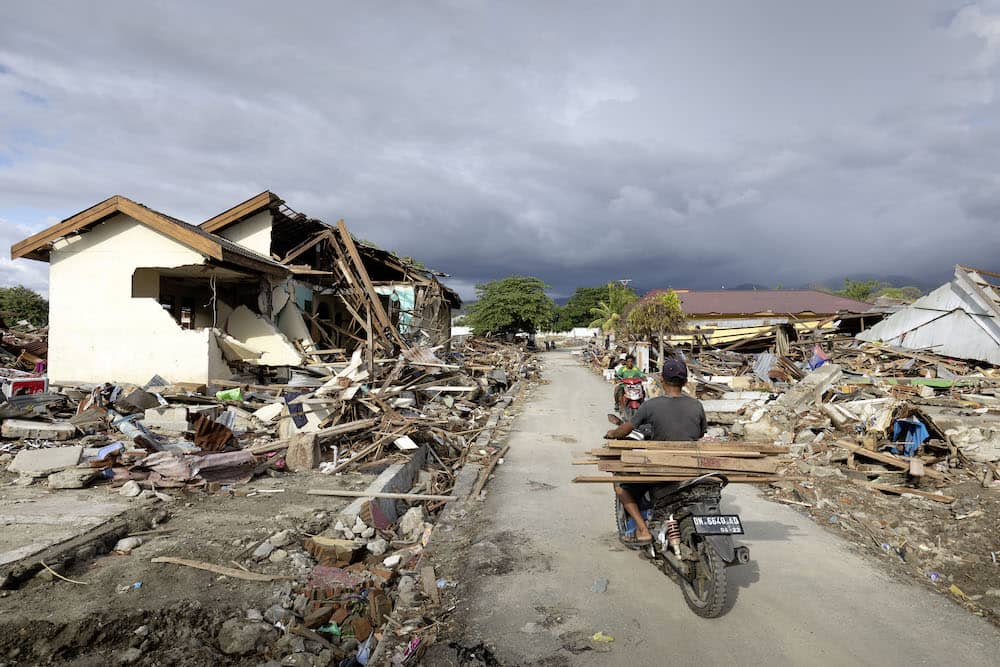 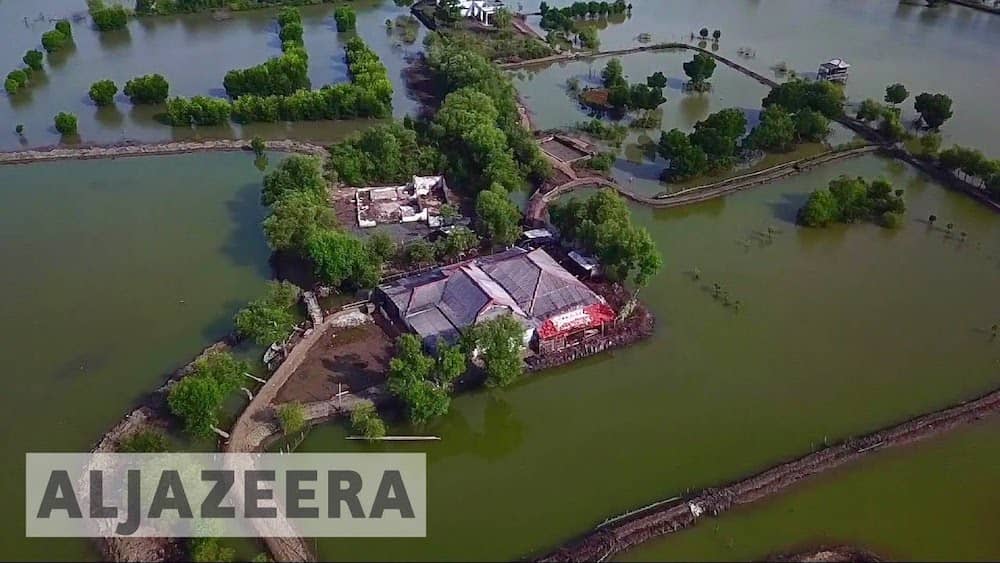 The Republic of Indonesia, herein Indonesia, is the world’s largest archipelagic state, consisting of more than 17,500 islands with over 81,000 kilometres (km) of coastline, a population of 270.6 million as of 2019 and the largest economy in Southeast Asia.1 The Greater Pekalongan area on the north coast of Java — comprising Pekalongan City and Regency, and home to a population of 1.2 million — is frequently affected by severe flooding and sea tides.2

Indonesia’s National Mid-term Development Plan 2020–2024 states that hydrometeorological disasters are expected to intensify in the near and long term due to climate impacts. It predicts rainfall increases in the wet season, together with increases in annual sea level rise which eventually increase flooding along the coast.3 Historically dry months now experience extreme rainfall. In some instances, flash and tidal foods happen simultaneously and cause devastating impacts, especially to downstream areas that are trapped by flooding from both the sea and rivers.

Currently, the Pekalongan coastal area experiences sea level rises of 5mm per year.4 Mercy Corps Indonesia, Diponegoro University and IPB University conducted a climate risk and impact assessment of the Pekalongan City and Regency, including a loss and damage (L&D) study in villages identified as high risk to climate-induced flooding. Climate-induced flooding in the Greater Pekalongan area has created permanent and temporary inundated areas. In early 2020, extreme rainfall events, in combination with tidal flooding, caused 1,478 hectares of inundation. This has unavoidable physical and non-physical impacts. Farmers and fishers are significantly impacted due to the increased fooding as inundated land leads to harvest failure. he Pekalongan area is a major producer of Indonesia’s traditional textile (Batik Industry). Small-scale batik artisans face supply chain disruptions during food events, in addition to inundation of production sites and homes.5 Tidal flooding also impacts the environment in the Greater Pekalongan area. During tidal food events, the inflow of food water has corroded physical structures and damaged the coastal fish ponds’ water quality, making them unft for farming. Decadal climate predictions indicate an increase in the frequency and intensity of extreme rainfall in the Greater Pekalongan area, particularly in upstream. The combination of sea level rise (projected at 0.81cm/year) and land subsidence (projected between 0–34.5 cm/year) is expected to increase the severity of flooding. In 2035, it was predicted that 41 villages in Kupang watershed of Greater Pekalongan will be at high food risk with total potential annual economic losses of US$2.152 billion.6

Agriculture and aquaculture are natural resources-dependent livelihoods, and the loss and disruption to this productive land has affected the economic income of farmers. Those with limited savings are forced to shift their livelihood to daily wage labour. Additionally, for non-agricultural-based livelihoods (batik entrepreneurs, traders, services, transportation), fooding poses a mobilisation challenge as people are prevented from carrying out business activities. There are various land-use and economic activities taking place in the food-affected coastal areas of Pekalongan City and Regency.5

Around 50% of the population in the two watersheds are women, and nearly 31% are children and elderly. Around 81% make up vulnerable people with a limited adaptive capacity.7 Economic and non-economic adaptation costs and impacts to households are significant due to income

loss, additional costs for livelihood activities, and a reduction in land productivity. L&D due to flooding in the area is predicted to reach US$2.1 billion per year by 2035 from US$474.4 million in 2020. This includes US$1.17 billion in material losses, US$806 million in non-material losses, US$5 million in land productivity; and more than US$174 million in ecosystem services loss.8 Now, the government is preparing to relocate the remaining 67 households (162 people). However, relocation is also a difficult decision since the majority of the residents work in the fisheries sector and need to live along the coast to sustain their livelihood.

It is necessary to understand that L&D occurs because of limited adaptation. While some conventional disaster risk reduction (DRR) might be relevant, it will not sufficiently meet the current and emerging needs on L&D. Therefore, it is imperative to understand the gap and limitation of current adaptation and DRR mechanisms, how international L&D mechanisms could address the gap, and how the three components can work together. Support should be provided for vulnerable developing countries to make the best of their efforts in averting, minimising and addressing L&D. This should include slow-onset events, non-economic losses, comprehensive risk management towards sustainable development, and human mobility such as migration, displacement and planned relocation. A dedicated financing facility for L&D is also crucial, and should not take too long to be disbursed. This must provide support following events, as well as to help the country prepare for L&D in the medium to long term.

A risk-informed planning process with a comprehensive risk management approach, as exercised in the Greater Pekalongan area, allows policymakers to understand the different climate risks and their contributing factors. This will enable them to shape future policy and their potential impacts.