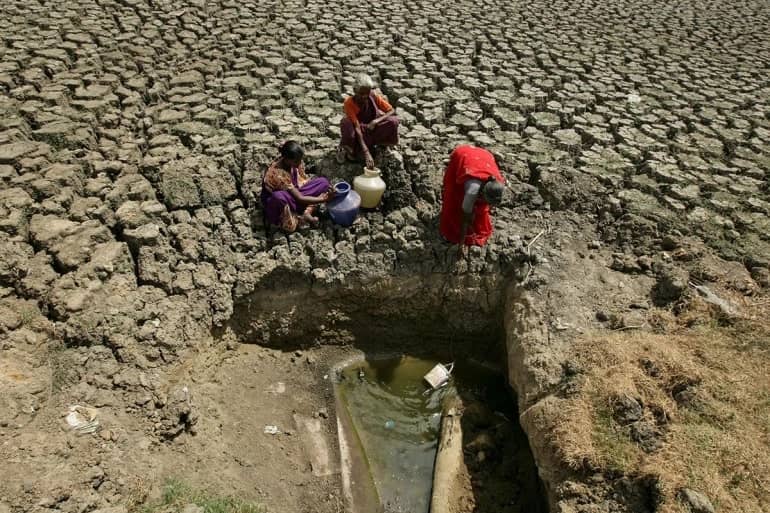 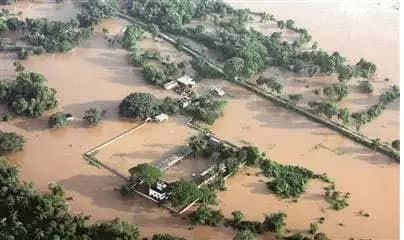 The ancient Hindu pilgrimage city of Chitrakoot lies on the border of Madhya Pradesh and Uttar Pradesh. 90% of the population in Chitrakoot lives in rural areas and more than one-third of the households fall in the Below Poverty Line (BPL) income category. As majority of the district population is dependent on the agriculture sector, all these variables are related to it.

The district’s climate is dry, with a maximum temperature of 50.5˚C in May and a minimum of 5˚C in January. It receives about 92% of its annual rainfall between June and September (mean annual rainfall is 814.8mm, varying by 120). The number of rainy days ranges from 31–41 days per year and the district has between 269.5–296.2 dry days per year.

Chitrakoot district, which is highly exposed to climate change and variability. Chitrakoot is prone to heat stress and recurrent droughts. Chitrakoot has experienced seven long and severe drought events during the last 38 years. Since the exposure to climate change is high with low adaptive capacity, the district is considered highly vulnerable to climate impacts. Heat stress affects animal production and reproduction, the number of livestock being maintained by households, disease occurrences, and product quality.

The medicinal plants are used by the poor and marginalised Kol community, living in the forest fringe areas of the district. Most of the Kol community members do not have a legal land title. Moreover, the young generation of Kols is migrating to urban centres and is not interested in learning about traditional medicines. Frequent droughts have led to the loss of livelihood and people, especially from the poor and marginalised communities, as they migrate to other districts or states in search of better livelihood opportunities.

Droughts have resulted in crop losses and affected agriculture-based livelihoods such as livestock rearing. Loss of income and livelihood increases poverty and marginalization among small farmers. The water crisis further aggravates the vulnerabilities of women with respect to sanitation and hygiene.Groundwater depletion compounds the impact of climate change. There have been many stories reported by local and national media of farmers taking their own lives after failing to repay their debts and due to starvation.Another impact of prolonged droughts is that the youths are not interested in farming. Mass migration to big cities to earn more money has become a common phenomenon in Chitrakoot. Flash foods also cause deaths in the district each year.

At the country level, a report estimated L&D from extreme events at US$5–6 billion per annum between 2015 and 2030. Addressing climate change effectively is urgent. The communities affected by the impacts of climate change will face increased vulnerabilities in coming years and they need to be educated and equipped with effective adaptive measures.

A new method that can help address multiple climate change concerns is composite risk assessment and adaptation planning. This enables a geographically explicit estimation of probable hazard risk, vulnerability and the associated economic risks. Risk prioritization by hazard, elements at risk and location can then be undertaken, assisting in creating evidence-based investment and regional, rural and urban development policies. This then builds a bridge between public agencies, communities and the private sector. As per the provisions of the National Water Policy, drinking water has the first priority in allocation, of all available water. The District Administration should prepare through public consultation a district water conservation and usage guidance document “Jila Jal Sanrakshan Aevam Upyog Niti” mapping water sources and accordingly suggesting conservation measures and prioritised uses.