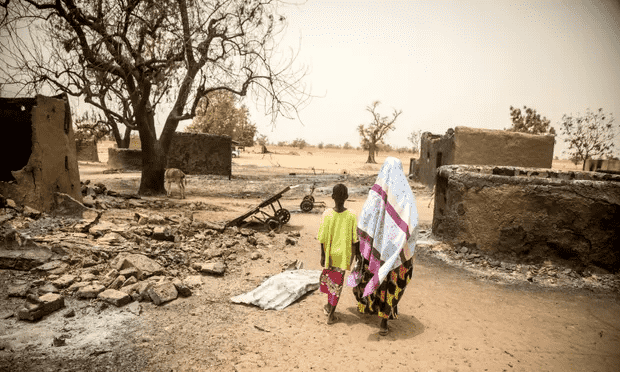 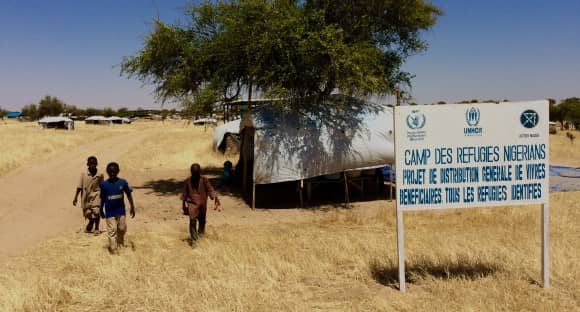 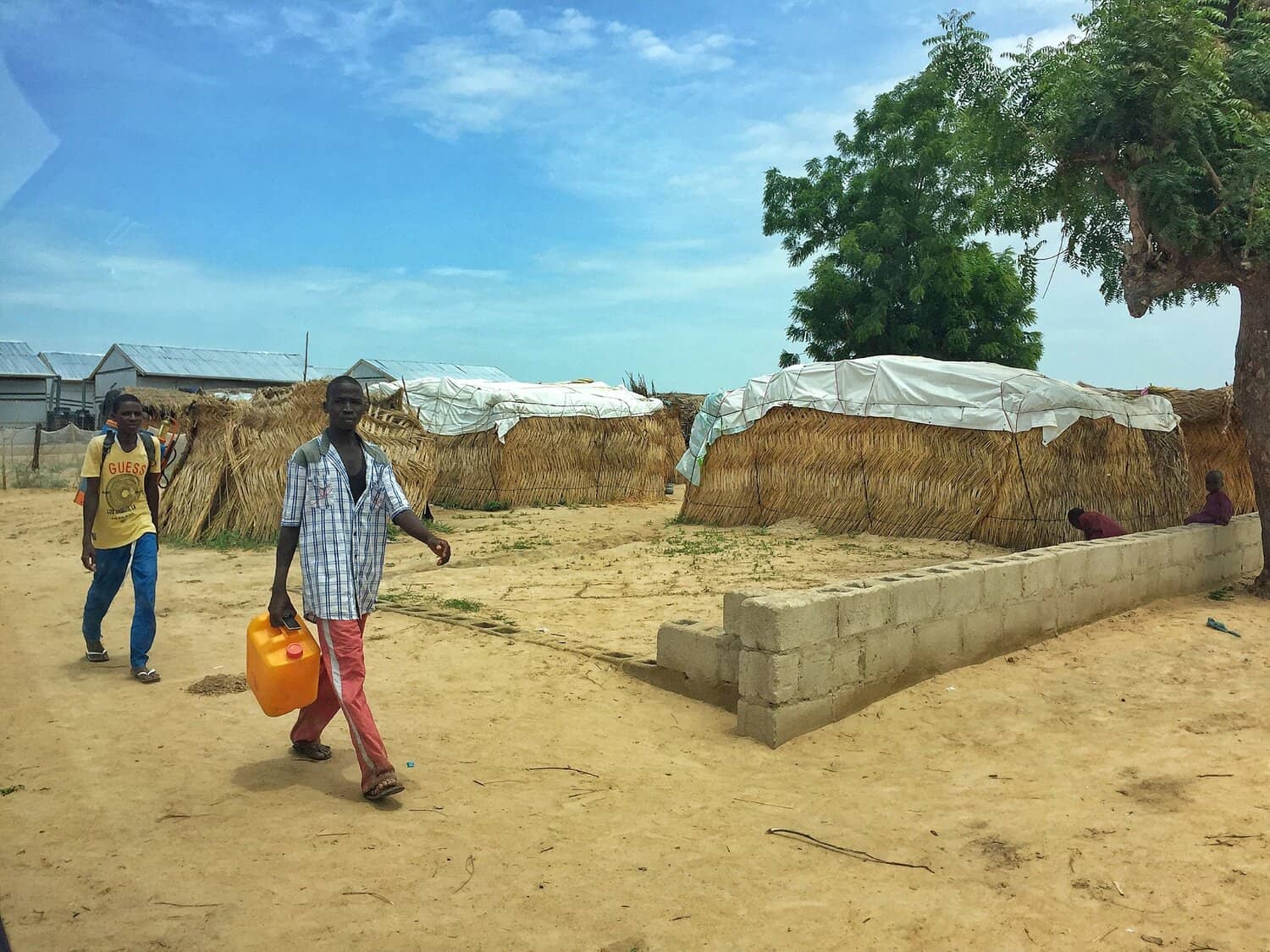 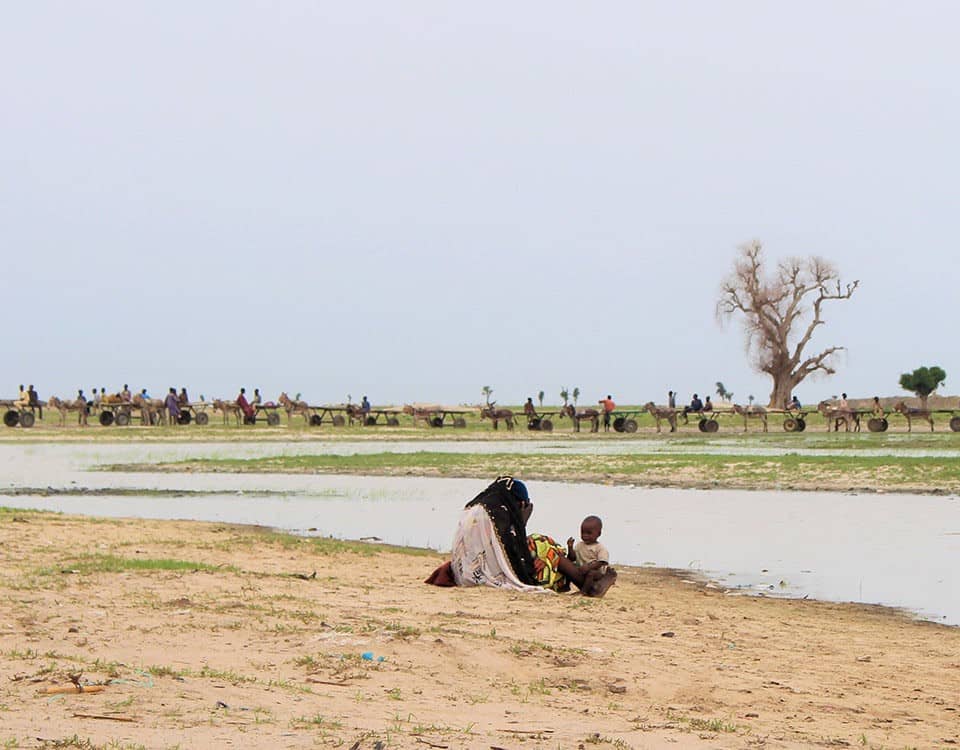 Chad is a landlocked country in northern central Africa, belonging to the Sahel region. The country is characterized as a closed basin within an arid to semi-arid region. The northern part of Chad has an arid desert climate, receiving very little rainfall over the course of the year. Rainfall increases in the southern part of the country, with a wet season from May to October. In the south, temperatures are highest in April, right before the rainy season.1

Temperatures here have risen nearly 2˚C since the 1960s. Between 1960 and 2003, there was an increase of 50 ‘hot’ nights per year.2 Climate change effects such as reduced and erratic rainfall, coupled with high temperatures, are leading to high rates of lake water evaporation. This causes drought-like conditions and the lake to recede at times by as much as 90% over the past 50 years.3 The Lake Chad Research Institute (LCRI) in Maiduguri, Nigeria has been studying the effects of climate change on the lake since 1976. It told research organisation Climate Refugees that a temperature increase of 1˚C above 20˚C, results in a 2% loss of crop yield. Several locations in the LCB have seen temperatures increase from 24 to 26˚C.6 In Kanu, Nigeria, temperatures have stayed at 24˚C for the past ten years. Rainfall variability, predicted to decrease 11–13% in the next two decades, has led to conditions where seasonal crop planting and harvesting has become unpredictable.4 Lake Chad has receded to an extent where livelihood loss is almost permanent.

Climate change has therefore forced many displaced communities to choose between moving closer to the receding lake to access water, fish, trade and economic survival, and their own children’s educational development. Climate Refugees also interviewed 105 refugees and internally displaced persons (IDPs) across Niger and Nigeria displaced from villages surrounding the lake. Local experts said the data and field evidence indicate that climatic changes are forcing people to migrate. Chad currently serves as a destination for approximately 512 000 migrants and refugees, 70 % of whom are from Sudan [7]. Other major countries of origin include the Central African Republic (19 %) and Cameroon (7 %).5 Displacement also disrupts family social cohesion, with numerous reports of domestic disturbances and gender-based violence in camps. Violence increases from frustration due to lack of food, improper food aid, and loss of identity, culture and known ways of life.6At the same time, ongoing confict from 2009 between the insurgent group Boko Haram and Nigeria spilled over into the region, impacting agricultural production.

Since crops are predominantly rainfed, they depend on water availability from precipitation. Especially in central and northern Chad, soils are poor in nutrients, sandy and shallow, which has a negative effect on water retention, making soils vulnerable to drying and erosion.7 Chad has lost 1.54 million ha of forest cover in the period from 2001 to 2016, which is equivalent to a 25 % decrease.8 Climate change is expected to significantly affect Chad’s infrastructure sector through extreme weather events, such as flooding and heat waves. Extreme weather events will also have devastating effects on human settlements and economic production sites, especially in urban areas with high population densities like N’Djamena,Moundou or Sarh. Moreover, water scarcity, environmental degradation, and soil infertility have increased economic deprivation among the region’s youth, such that many turn to violence and organized crime. However, terrorists and other violent extremist groups continue to adapt to conditions and exploit vulnerabilities to increase the spread of violence in the Lake Chad Basin.9

International partners provide varied responses to the region’s humanitarian crisis. Unfortunately, inadequate coordination among these international organizations and their programs has resulted in failure to align their responses and objectives with local, national, and regional responses.10 There is an urge to improve  the coordination among international organizations aimed at mitigating the Lake Chad Basin’s humanitarian crisis and strengthening its resilience for sustainable development.

It is recommended that policy planners start identifying heat-sensitive economic production sites and activities, and integrating climate adaptation strategies, such as improved, solar-powered cooling systems, “cool roof” isolation materials or switching the operating hours from day to night.11 In order to strengthen climate resilience in long run, initiatives in planning and implantation need to focus on three areas: the identification of best agricultural practices to boost sustainable food production in the country, especially among vulnerable farming communities; raising climate change awareness among key stakeholders; building capacity at the national level. The primary driver is the climate change-driven shrinking of Lake Chad. It is critically needed to effectively stabilize the Lake Chad Basin for stakeholders to ensure robust alignment of climate change adaptation strategies with counterterrorism strategies.