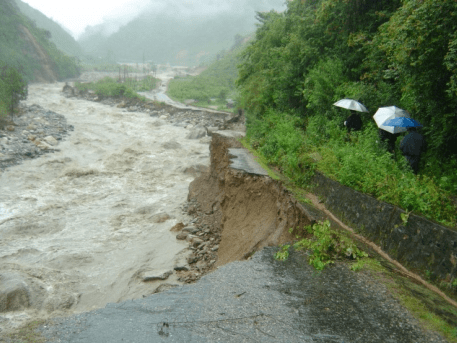 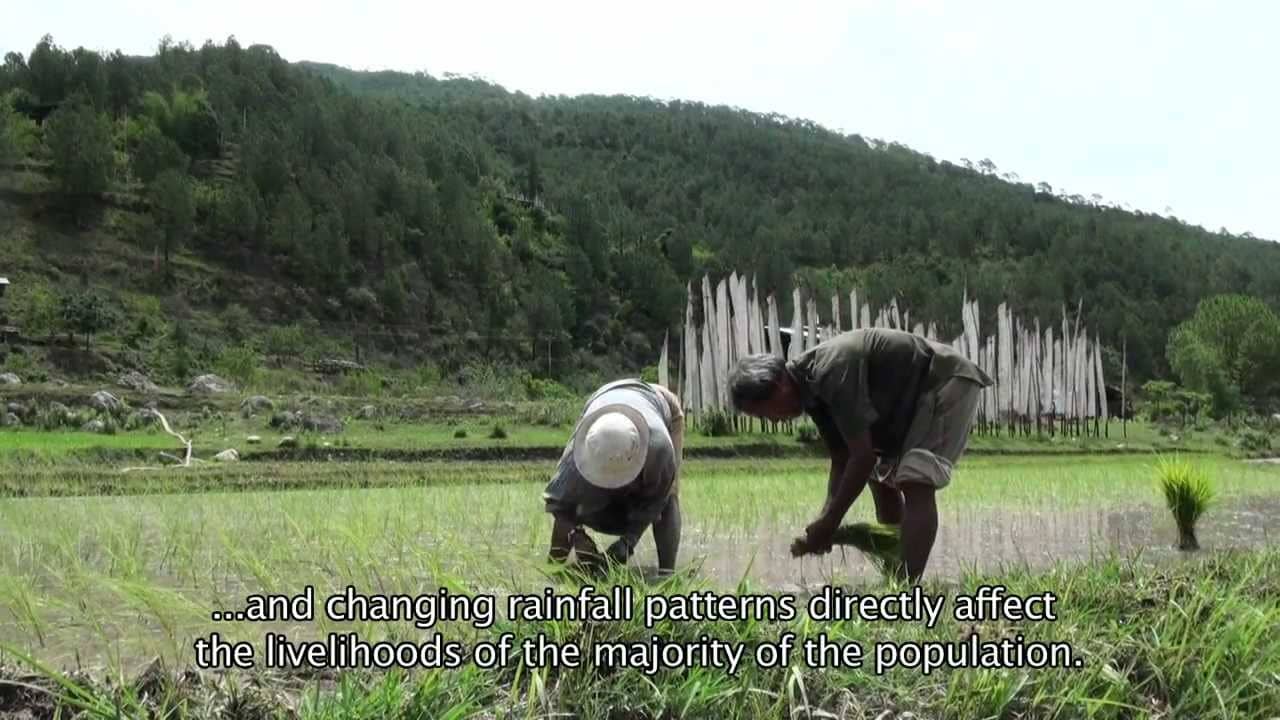 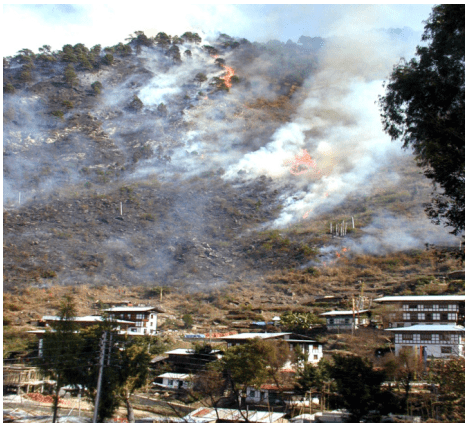 The Kingdom of Bhutan (Bhutan) is a mountainous landlocked country with an area of 38,394 km2 and is bordered by China and India in South Asia.1 The northern part of the country is snow-capped peaks of elevations above 7,300 m with abundant glaciers and alpine pastures. The country is landlocked by mountains in the Tibet Autonomous Region, the Lesser Himalayas (Inner Himalayas), and Duars Plain along its southern border. Rivers flow southward and then unite into the Brahmaputra.2 Glacier area represented approximately 1.6% of the land cover of Bhutan in 2018.3 The Himalayas ecosystem is considered a biodiversity hotspot as the representation of the youngest and highest mountain chains on earth.4 In the Himalayas, the regional warming has been relatively higher over the past 100 years than global average. In the future, warming is predicted to be more rapid than lower elevation areas.5 Bhutan, has not contributed anything to cause climate change rather its forest carbon sequestration is about three times larger than national greenhouse gas emissions, yet the country is facing the brunt of climate change.6 Melting rate of glaciers in Bhutan is higher than in any other Himalayan region.7

This case study covers the Guma and Dzomi villages of Punakha. Punakha is situated about 1,500m above sea level. The district was once the capital of Bhutan and is the revered home to the Punatsangchhu River, one of Bhutan’s major river systems. Since both areas are close to Phochhu, they are susceptible to flash floods and glacial lake outburst foods (GLOF). The temperature in the two areas was relatively low, and irrigation water (sourced from rain) was sufficient for a year. Consequently, the rise in temperature and extreme rainfall events raised the water levels of both Phochhu and Mochhu. For instance, in 1990 the average highest temperature was 29.5˚C, increasing to 31.9˚C by 2017.8 The International Centre for Integrated Mountain Development (ICIMOD) has identifed 2,674 glacial lakes in Bhutan, of which 500 lakes feed the Phochhu, Mochhu, and Chamkharchhu.9

The vulnerability of the villages increases at alarming rate due to lack of knowledge of local people about hazard zonation maps in their localities. The lack of adequate education and awareness among the villagers could be an existing vulnerability that could ultimately exacerbate climate impact in the regions. A glacial lake outburst is a low-frequency event and its risks are often neglected with time. Therefore, assessing the preparedness of vulnerable communities is crucial to the success of future disaster mitigation. In terms of providing quality and reliable climate data for forecasting and target advisories to support farmers with appropriate local actions has been limited with inadequate technical capacities among hydro-met, agriculture, and extension agencies. However, most of the irrigation schemes were constructed as earthen canals with relatively low efficiency and little or no resilience to extreme climate events. Inadequate financial capacity and lack of technical knowledge in redesigning irrigation structures hinders farmers to get access to continuous water supply resulting into food scarcity, inadequate food and nutrition security.

Climate change impacts Bhutan in two ways: (a) disruption of ecosystem structures and functions, affecting agriculture, and (b) scarcity of drinking water provision and hydropower.10 Crops and livestock in Bhutan are susceptible to outbreaks of various kinds of pest and disease. Some of the popular pests and diseases found in crops are army worms and Giant African Land Snails, fruit fly in citrus, citrus greening diseases, late blight in potatoes, Turcicum Leaf Blight (TLB) and Gray Leaf Spot in maize, ginger rot, cardamom rot and maize root rot. Foot and Mouth Disease in cattle, bird flu and H1N1 influenza diseases in animals associated with climate change impact. In case of bird flu, ten outbreaks recorded since 2010.11 Dengue was first documented in Bhutan in 2004. Change in Climate has also influenced water resources due to drying up of water sources or contamination due to flooding, increasing the risk of diarrheal disease. Diarrheal diseases contributes to about 10-15 % of morbidity cases. Water borne diseases such as cholera, diarrhoea, and chickungunya that are water borne are detected in the areas in Bhutan where it was not seen before.12 Drying up of water sources in the mountains induced by climate change could have resulted in the confrontation of humans with tigers and tigers indeed coming closer to the community.13 impacts of climate change not directly affects the agricultural crops but also indirectly affects the food culture and livelihood of the farmers. It is the experts’ perception that loss of habitat is predicted due to impacts of climate change as a result there would be loss of important medicinal plants affecting livelihoods of high land pastoral communities.

In Bhutan all the sectors have little bit on the policies related to climate change impacts and there is limited collaboration between ministries so the sectors function as isolated sector policies to address issues in agriculture, forestry, water resources management, and infrastructure development. It is highly recommended that climate risk information and approaches for climate resilient development to integrate the sectoral policies at the national level. Ecosystems are considered as the natural climate resilient resources however there is still a significant knowledge gap in Bhutan with regards to combined ecosystem-based adaptation measures.

Bhutan’s source of revenue comes from the climate sensitive sectors. If community involvement is encouraged in GLOF-related projects, policy-making and implementation would significantly improve awareness and preparedness. Similarly, establishing a community-based hazard watch group and hazard management committee is very important for outcomes to be effective and sustainable. Regular follow-ups on GLOF risk management in the two villages would also help develop adaptation strategies to climate change-induced L&D. Finally, upgrading the EWS with new and improved technologies would help prevent L&D by climate stressors.